My personal thought has always been that Holmes, upon finding himself so neatly bested at the end of the case, fell madly in...admiration of the one female who had not only penetrated his disguise, but also anticipated his plan and so outwitted the master detective. Love? Let's just say it might have blossomed into love if the lady had hung round London for a bit instead of promptly running off with a new husband.

As I said, that's what I used to think. On deeper perusal, however, I was recently struck by the curious incident of the gold sovereign, that singular coin that Holmes hangs on his watch chain as a souvenir.

Which begs the question: why?

Nowhere else in the canon does Holmes keep a memento of a case, unless you count the Blue Carbuncle, which some slanderously affirm the master absconded for himself. As if Commissionaire Peterson wouldn't have something to say about that. But I digress...

Why does Sherlock Holmes desire a keepsake from this particular case, a case that hasn't even been brought to a successful conclusion yet? I can only conclude it's because he has already fallen in...admiration for Miss Adler by this point in the tale. Otherwise, the circumstances under which he received the coin are nothing out of the common: following a woman while in disguise, Holmes is selected to be an impromptu member of her wedding party, even receiving a tip from the lady. It's the sort of comic anecdote one might tell on a frosty evening round the fire, but hardly one requiring a souvenir.

Seeking an answer, I cast my mind back further, asking myself what emotions Holmes' reveals earlier in the story.

Well, he makes the remark that Irene Adler has the voice of an angel and a face that a man would die for. This was his opinion as he loitered round her front door, hearing the lady sing an aria or two. Was Holmes smitten on that occasion by a pretty face? Unlikely. The detective encountered enough of them in his other adventures, some of whom he openly acknowledged as beauties (such as Violet Smith and Maude Bellamy) and yet escaped their considerable charms unscathed.

Now surely, a music-lover such as Sherlock Holmes would find a good voice an attraction in a woman. Was he bound to love her when he heard her sing?

That seemed rather unlikely, for though her voice was undoubtedly a good one, Miss Adler had never achieved Swedish-Nightingale status.

I would like to suggest another tack. It seems to me that anyone who keeps a coin simply because it was given by a particular opera singer must be one of her fans.

Yes, a fan. One of that insane group that, in our century, wears Mickey Mouse ears, memorizes sports statistics or frequents Star Trek conventions, depending on individual taste. I contend that Sherlock Holmes, foremost champion of the law, was a closet fanboy geek.

From the moment the King of Bohemia reveals the name of the lady in question, Holmes treats the case in the most cavalier fashion, as if the client's problem is of no import whatever. No doubt the detective had already read something of the affaire de coeur in the gossip columns, or perhaps in the fan-club newsletter, omitting only the name of the royal involved. Naturally, the sympathies of Miss Adler's fans were all directed toward her and against the man, obviously a bounder who shamefully deceived the divine Miss A. Imagine Holmes suddenly finding himself face-to-face with the scoundrel who treated Miss Irene so scurrilously! He might be tempted to refuse the case entirely. But, no, then the brute of a king would simply employ other means against the lady, perhaps even more violent than before.

And so, Holmes takes the case, determined to be of service to Miss Adler. If he can secure that photo, then the King's wrath will be turned upon Sherlock Holmes, and away from Irene. If necessary, he could even threaten His Majesty with exposure unless he desisted in annoying his former paramour.

But first, Holmes uses the case as an excuse to visit the lady's home. Certainly, Sherlock knew where she lived. Even if Irene attempted to keep her address a secret from the public at large, ferreting out the location would have been child's play for the world's greatest detective. Doubtless, he had been seen hanging about the place before, always in a different impenetrable disguise. Perhaps the details he told Watson had even been gleaned during these earlier excursions. Or perhaps Holmes did indeed revisit Briony Lodge, feeling the need to make certain there had been no change in Miss Adler's habits.

At any rate, he determined to act, as those familiar with the story well know: an elaborate charade culminates in Sherlock being borne into the house. What true fan could resist the opportunity to enter the home of the adored object?

Once inside, no matter how much he might desire it, Holmes had no chance to hunt about for a souvenir, for--rapture!--she came and tended him with her own two hands! It was worth a wound - it was worth many wounds to find oneself so close to The Woman.

His plan failed, however, and Holmes was unable to acquire the telltale photo. Instead, he determined to return the next day, knowing full well that the astute lady had understood her predicament and would no doubt be long gone. Bringing the king along simply insured that the monarch would believe Holmes' tale of failure.

What Holmes did not expect was the treasure trove awaiting him in the secret hiding place, namely a beautiful glossy photo and a hand-written letter addressed to himself. It's a wonder the detective was able to read it aloud calmly, but Sherlock Holmes was always a master at concealing his emotions.

One flaw only remained to mar an otherwise, to the detective, satisfactory conclusion to a most delightful case. The King intended to keep the photograph. Holmes solved that problem with the direct approach; he asked for the photo and he got it. Oh, if only she had autographed it...

Now that Watson knew of Irene Adler, Holmes could let slip to his friend occasional remarks about The Woman. He also had a tale to tell at the next club meeting that would make him the envy of all, from the youngest neophyte to the most seasoned member. And finally, Holmes had a cache of priceless souvenirs: the gold sovereign, the photograph, the letter. Even the bandage touched by Miss Adler would bring a high price on Ebay, it there were only such a thing in Holmes' era.

Sherlock Holmes had lived the fanboy's dream, a private meet 'n' greet beyond his wildest expectation! Is it any wonder he never forgot his encounter with The Woman? 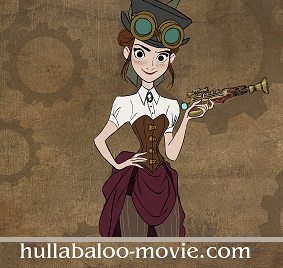 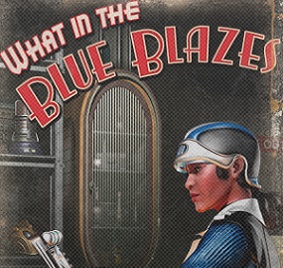 E-mail Us
OTHER LINKS: