Mice have a great tradition in Disney animated films. From Dumbo to The Rescuers Down Under, with many examples in between, we glimpse a fascinating world that exists beneath our feet, a world where mice work, play, and live in ways hardly dreamed of by humankind. We at Whatsits Galore have compiled the information gleaned from each of these movies into a comprehensive whole that gives us a greater understanding of all our favorite Disney mice.

Why do some mice wear clothes while some don't? Their clothing varies greatly from one film to another. In BAM, OCO, LAT, and TLK, the mice and rats who briefly are what we would call naturalistic: they look and behave the way we expect. These mice are simply shown from a human's perspective, and so they appear to be without clothes. Keep in mind also that the mouse Scar attempts to eat and the mouse in GOL may belong to primitive tribes and thus wear very little clothing. Concerning other mice, there are still great differences between the dress habits of Mrs. Judson(GMD) and Bianca(RES). However, this is easily explained when one considers that they are from different centuries. Naturally, a proper Moustorian lady dresses differently than a contemporary one; likewise, an 18th century mouse like Amos(BEN) wears more clothing than a 20th century mouse like Bernard(RES).

Can humans understand rodent speech? As a general rule, no. Have you ever understood one word spoken by a mouse? As proof, the Rescue Rangers once tried to talk to a human by telephone, but all he heard was squeaking and chattering; also, when Prof. Nimnul was changed into an insect, he commented that he could suddenly understand the Rangers (CDR). Some humans can comprehend mouse speech, notably Penny(RES), the Ringmaster(DUM), Cinderella(CIN), Benjamin Franklin(BEN), and Cody(RDU), who could also understand the language of other animals(RDU). This is an ability they were born with.

Do mice speak in more than one language? The delegate from Germany to the Rescue Aid Society speaks a few words of German to Bernard in RES, so the answer is a definite yes.

What are the relationships between mice and other animal species? Mice as a species have many enemies, notably cats(CIN), snakes(RDU), alligators(RES), birds fo prey, foxes, rat terriers and other dogs(LAT); it was no small accomplishment for Basil to train Toby without getting himself eaten(GMD). Nearly any carnivore will eat a mouse(TLK). Mice do have friendly relations with other rodents, such as chipmunks(CDR), bats(GMD), muskrats(RES), and kangaroo rats(RDU).

As a sidenote, why is Ratigan(GMD) so horrified at the prospect of being known as a rat, which he so obviously is? Consider that 19th century England was a class-conscious society. We postulate that rats were at that time a lower class than the average mouse, and that sewer rats were considered the lowest of the low, hence, Ratigan's desire to masquerade as a mouse. Certainly, there were many honest and upstanding rats, and in modern times, the stigma has disappeared. Incidentally, Ratigan must be a particularly small rat to have any hope of passing for a mouse; an ordinary-sized rat would be a good three or four times as large. One wonders if Rat Capone(CDR) is indeed a rat since he is even smaller than Ratigan. He is probably just a mouse whose first name (or nickname) happens to be "Rat", further proof that rats are no longer second class citizens.

Mice are also on congenial terms with certain non-rodent species. Ratigan has a lizard in his gang(GMD); Zipper is a member of the Rescue Rangers, who will accept almost any creature as a client(CDR); Jake also has a fly friend in Sparky(RDU); Jaq and Gus work with some birds to make Cinderella's dress(CIN); and Timothy takes a baby elephant under his wing(DUM).

It is noteworthy that even cats can be on good terms with mice, as in the well bred (and well fed) Duchess and her kittens(ARI). Ratigan has his trained feline executioner, but probably Felicia would happily eat the Professor if he failed to provide her with other meals(GMD). Fat Cat also has two rodents, Mole and Snout the rat, in his gang, traitors to their own kind.

What is the relationship between mice and humans?The relationship between mice and human beings is a complex one. In nearly all cases, a human is a mouse's enemy and will finish off a rodent if he can. Most mice wisely choose to stay as hidden from humans as possible, as we are a very real danger to them. Of course, there are some exceptions, such as Cinderella(CIN), Penny(RES), and Cody(RDU), who are each kind to animals in general, including mice. Yet, mice also look upon human beings as a source of livelihood; that is, mice can easily find food when humans are around and often make use of human objects in their own homes. Just take a look inside Rescue Ranger HQ(CDR), Ratigan's lair(GMD), or the Rescue Aid Society meeting hall(RES,RDU) for numerous examples. Mice usually build their homes inside our buildings(GMD,ARI,BEN,CIN). Amos Mouse is a rare example of a rodent who is a literal business partner with a human(BEN).

Interestingly, mice regularly use terms such as "man", "woman", "lady", "boy", etc. to refer to their own kind. There are numerous examples of which we list a sampling here. Ratigan, in the speech he wrote himself about himself, is called "a statesman among mice", and Olivia is referred to as a girl(GMD); the Australian doctor calls his nurses ladies(RDU); Jaq is told to "leave the sewin' to the women, meaning the female mice(CIN).

What do mice eat? Mice are omniverous, as we are; they will eat just about any kind of food: Gus eats corn(CIN), Mrs. Judson makes tea and crumpets(GMD), Timothy carries a peanut(DUM), Roquefort enjoys a cracker(ARI), and the Rescue Rangers are shown eating a wide variety of foods in various episodes(CDR). Cheese is probably every mouse's favorite dish.

Do mice shave? Undoubtedly, or Dawson(GMD) and Monterey Jack(CDR) would not be able to grow mustaches. Ratigan also sports a wicked five o'clock shadow(GMD). Although all mice are covered with fur, some also have hair fo a different color, such as Gadget(CDR) and Queen Moustoria(GMD). In addition, some mice have whiskers, as Roquefort(ARI) and Jaq(CIN).

Do mice have jobs? The answer is clearly yes. All the mice in GMD are shown to have occupations, and Bernard was a janitor before becoming an agent for the R.A.S.(RES). Amos searches the streets of Philadelphia for a job; Timothy works in a rodent circus, in the band, perhaps, from his uniform, probably one that travels with the human circus(DUM). It is never shown, but the Rescue Rangers certainly accept payment for taking on a case, although they undoubtedly do some work for free just to help others(CDR). It is certainly possible for a mouse to survive without a job by taking all the food they need from human beings. However, this is such a dangerous existence that few mice choose to live this way. The mice in CIN are an exception to this rule, as they live entirely on Cinderella's kindness; they must be a poverty-stricken group.

So mice use money? They need a form of currency just like any other civilization, although we are never shown the specifics. We do know that gold and jewels have some value to them, since Ratigan fills his hideout with them(GMD). Living with jewels that are larger than you are is somewhat ostentatious and tacky, however, and most of the better sort of mice resist the temptation. Notice that Bernard and Bianca show no interest in Madame Medusa's gems(RES)., although Bianca's engagement ring does have a stone(RDU).

What kind of government do mice live under? Mice have governments similar to ours. England has its queen(GND), and we see representatives of numerous other nations in RES and RDU. In CDR, Chip once commented that Fat Cat belonged in jail, so rodents must also have a penal system.

How do mice measure the world around them? We have no information on this point, but they must have a system of measurement all their own. Although Monty refers to himself as "a full three inches tall" and comments on his "three-inch waist"(CDR), an inch is much too large to be useful to them in numerous areas of daily life. Scientists, cooks, manufacturers, builders, and tailors, to name a few, need to measure small quantities on a regular basis.

How long do mice live? Forget everything you've ever heard about mice living 3-5 years; their lifespans are similar to ours. Amos is involved with Ben Franklin throughout the statesman's life, from his early days os inventor and printer through his later role as diplomat(BEN). In GMD, Ratigan complains that Basil has interfered with his plans "for years", while the child Olivia states that her current birthday is the best ever, indicating that she's had several. The most definitive proof lies in Moustoria celebrating her Diamond Jubilee, commemorating sixty years as queen.

What do mice use for transportation? Mice enjoy a variety of methods of transportation. Flights are available through bird-run airlines and Evinrude the dragonfly provides charter boat service(RES,RDU). Gadget uses cars and planes of her own design(CDR). Basil has trained his dog Toby to act as his steed(GMD), a technique employed by medieval knights and revived by the detective. Some mice simply hitch a ride on a human's vehicle, such as Bernard and Bianca in RES and Dawson in GMD; this does present the problem of how to get where you specifically want to go. In Moustorian times, some mice worked as ostlers in conjunction with horses to direct the animals to stop at the appropriate places for their fares. Certain other forms of humans' public transportation also conceal a mouse crew. Most trains and ships have mice working aboard them and take on rodent passengers.

Do mice use mass media? In GMD we see several books and newspapers, so mice do use printed materials. They also certainly have postal services. However, many of the common media we humans employ are difficult or impossible in the rodent world. In RDU, we witness some of the problems mice encounter in using telegraph and radio, namely, that humans can detect these emissions and will try to trace them to the source. For this reason, television is out of the question, and radio is only used in emergencies. There is no reason, however, that mice cannot produce their own films and plays, even though the Rescue Rangers enjoy humans' theater, movies, and television(CDR).

Why do some elements of the rodent world closely parallel the human world? This is a question with no easy answer. The fact that many parallels exist between the human and mouse world is undeniable, but no one really knows why this should be. In some cases, rodent/human interaction is responsible. For example, when Amos aided Benjamin Franklin in perfecting some experiments and in writing the Declaration of Independence, human society was brought closer to that of mice through shared knowledge; both cultures then possessed the same inventions and developed similar government structures(BEN). Likewise, when Basil studied at the feet of Sherlock Holmes (literally), the mouse detective acquired methods of crime detection similar to those of the master(GMD). However, this is insufficient to explain such similarities as Queen Victoria and Queen Moustoria both celebrating their respective Diamond Jubilees oon the same day(GMD). That a parallel this close could be the result of mere chance or coincidence is frankly unbelievable, but as yet, the reason for this and other astonishing similarities throughout rodent history is unknown. Perhaps future scholars will uncover the truth, but for now, we can only imagine and wonder. 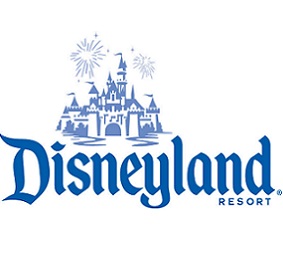