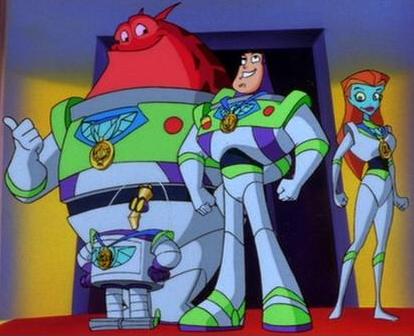 To infinity...and beyond! That is the battle cry of Buzz Lightyear, Space Ranger, defender of the Gamma Quadrant and sworn foe of the Evil Emperor Zurg. If you've followed the adventures of the galaxy's greatest hero in the animated series Buzz Lightyear of Star Command, then you've seen Buzz in a hot tub, in a hospital gown, in his bathrobe, and even in his underwear! But you've never seen him without his distinctive purple hood. Which begs the question: what does Buzz's hair look like?

We can safely assume it is black, like that of his negative counterpart Evil Buzz, but what style does our Space Ranger sport? Could it be one of these?

Interesting as these choices are, we think Buzz's real hairstyle must be: 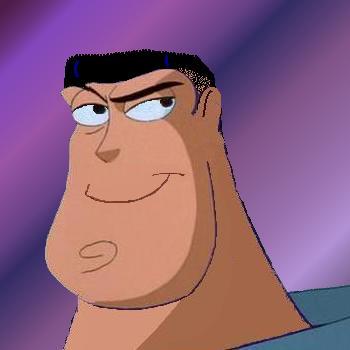