Disney's House of Mouse, 2001-2
Check out these episodes:
Rent Day: Ratigan Ratatouille is featured on the menu
Donald's Lamp Trade: Basil, Dawson, and Ratigan visit the famous club
The Mouse Who Came to Dinner: Ratigan again appears on the villains' table
House of Scrooge: Ratigan is in the soup line
Donald Wants to Fly: Basil and Dawson are seen in the ad for Dumbo Airlines

Disney.com House of Mouse website
One of the video clips featured Basil

Grosvenor Resort, Orlando, FL, 2002
A tribute to The Great Mouse Detective featured standees of the characters

Disney Club, 2002
Basil and friends appeared in the membership binder and online on the search results page

Battle for Procyon, Treasure Planet PC game, 2002
One of the crew members was named Olivia Flaversham

Jungle Book 2-disc DVD, 2007
The featurette on the making of the film showed Vance Gerry standing in front of the storyboards for Great Mouse Detective

Disney Wall Calendar, 1998-99
Perhaps the only wall calendar ever to include a scene from Great Mouse Detective, though a British 1994/1995 department store premium calendar contains a shot of the video cover and the 2013 calendar from D23, From Concept to Classic, includes a piece of pre-production art.

Walt Disney Page-A-Day Desk Calendar, 2003
Although this calendar depicts scenes from GMD every year, Olivia once appeared on the box

Advent Calendar, 1998
Basil was among a huge host of characters, and was seen inside the door for December 15th

Tales from the Laughing Place magazine #13, 2009
Contained an article on animation maquettes, including Ratigan

Music video featuring French pop star Douchka Esposito, 1986
Although Whatsits Galore can not recommend the music, Basil and Ratigan do appear in the video

WDCC brochure
Andreas Deja appeared in an early Classics Collection brochure, along with the maquettes on his animation desk

Waking Sleeping Beauty,
The film is referenced several times in this Disney documentary.

Symposium by John Musker and Ron Clements,
At the Sherlock Holmes: Behind the Canonical Screen, UCLA, August 31-September 3rd, 2012

Character silhouettes,
from a chart of all Disney animated films, created by Juan Pablo Bravo

John Cleese,
who was almost chosen as the voice of Basil

Models of the sets
used to help the animators

Concept art by Mike Peraza,
used in the filmmaking process

Basil Bucks
Anyone can have US currency printed with their own picture, but someone decided Basil was worthy of that honour

Adult Coloring Book
Disney has gotten into the adult coloring craze, and their book Art of Coloring: Disney Villains: 100 Images to Inspire Creativity and Relaxation contains images of Ratigan and his lackeys

Oh My Disney quiz
There are many quizzes on the Oh My Disney site, but this quiz has a Basil surprise at the end

Disney Rewards Villain quiz
Disney credit card holders can take this quiz to find their inner villain. Although Ratigan is not one of the choices, there are some stills from The Great Mouse Detective along the way.

Original Movie Ticket
Those luckey few invited to the premiere of The Great Mouse Detective received a special ticket.

autograph
A whimsical autograph by voice of Basil Barrie Ingham

autograph card
A color card signed by Shani Wallis, the voice of the Lady Mouse

name tag
A Disney cast member name tag that highlights what might be Fred's favourite film.

unused poster art
This concept art by Paul Wenzel shows variations on the original movie poster that were never used.

Disney Classic Collectible Cards
Although I've never found a Great Mouse Detective card, Basil's picture does appear at the top of the packaging.

Fabulous Fashion: The Great Mouse Detective Edition
What the well-dressed rodent is wearing.

Your Guide to the Fantastic Films of Ron & John
A D23 article showcasing the Disney Duo responsible for The Great Mouse Detective, among other films

Disney Doodles
These park mashups were posted on the Disney blog

EuroDisneyland Guidebook ad
This ad appeared in an old guidebook brochure, back when the park was called EuroDisneyland 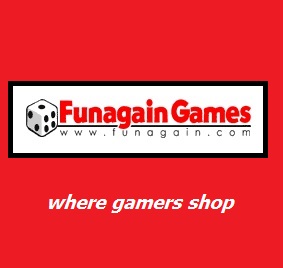