What is a glitch? Glitches are mistakes in movies and TV shows. They can be technical goofs, continuity errors, or anything that makes you scratch your head and say, "Huh?" Fans of Disney's The Great Mouse Detective know that this is a perfect film, flawless in every detail...or is it? Here are some glitches from the animated classic.

Ratigan is the only rodent in the entire movie to have five fingers. He must suffer from polydactylism. The only time he has the normal four is in the climax when he "hulks out." From that point on, Ratigan's fingers continually change in number, and at least once he has a different number of fingers on each hand in the same shot.

We actually see the feathers fly in Basil's sitting room before we hear the gunshot.

Shouldn't Basil compare those bullets side by side instead of end to end? No wonder they don't match.

Basil's front door is quite plain on the outside, but has wooden cross-pieces on the inside, except in one scene where it suddenly has them on both sides.

When Basil calls Ratigan "the Napoleon of crime", is he comparing the villain to the human Napoleon, or a rodent counterpart?

The footprints outside Basil's flat aren't there at first.

As we close in on the storm drain, a stick magically appears on it.

What were Ratigan's henchmen going to sing before Bartholomew interrupted with the line, "the world's greatest rat?"

How does Fidget know he'll find Olivia at Basil's home? Or is he just checking up on Basil and gets lucky?

Basil puts on his Inverness which is hanging on the suit of armor, although it wasn't there a moment before.

The inside of Dr. Dawson's ear changes color temporarily.

The price of a bubble-blowing elephant toy is marked "45 p," presumeably forty-five pence, or pennies. But pence is abbreviated with a "d," not a "p." Furthermore, the price would normally be written in shillings and pennies in the 19th century. After all, no American store would list a price as "150 cents." "3 shillings and 9 pence" would be the correct price, abbreviated to "3 and 9" and written as "3/9".

How does Fidget get all those mechanical toys wound up and running at the same time without anyone seeing him, considering how far apart they are?

The stagehands in the Rat Trap certainly clean up the stage fast; there's no sign of the debris and rotten vegetables in the two seconds it takes for the dancing girl act to start.

Watch this one in slow motion: when Dr. Dawson dances on stage with the girl mice, the lead singer grabs him by his right arm and swings him around. Suddenly, she's holding his left arm and his head has turned completely around. Looks painful.

The piano in the Rat Trap is suddenly several feet from the wall, probably so that tough mouse can knock it back.

When Olivia steps on Fidget's foot, his peg leg is the wrong leg.

When Fidget disguises himself as Olivia, he has a fake tail in only the first shot.

Fidget wears Olivia's hat when he impersonates her inside the bottle. He apparently returns it to her, as she is seen wearing it in her bottle prison. She loses it soon enough, has it again inside Buckingham palace, and then loses it once more.

Basil is certainly a quick-change artist: he exchanges his sailor disguise for his ordinalry clothes in a few seconds, except for his trousers; those he somehow changes in the instant the camera's flash goes off, and all while holding Olivia in one arm and supporting Dawson with the other.

Basil tells Dawson and Flaversham to "gather up those balloons." I'd like to see how they manage it without floating away.

How does Ratigan steer the blimp while he's pedalling? No wonder he crashes.

Ratigan rides the bicycle device on his blimp with his hands on the handlebars, thumbs pointing inward, as is normal. When we see him about to crash into the clock tower, however, his hands are clearly positioned with the thumbs pointing up, as though he's still at the ship's wheel.

The bell disappears from Basil's mantle. 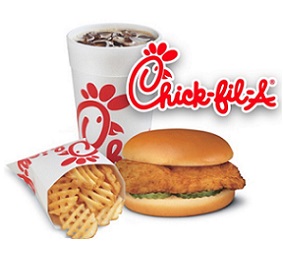